History of Collaro - 100 years of innovation 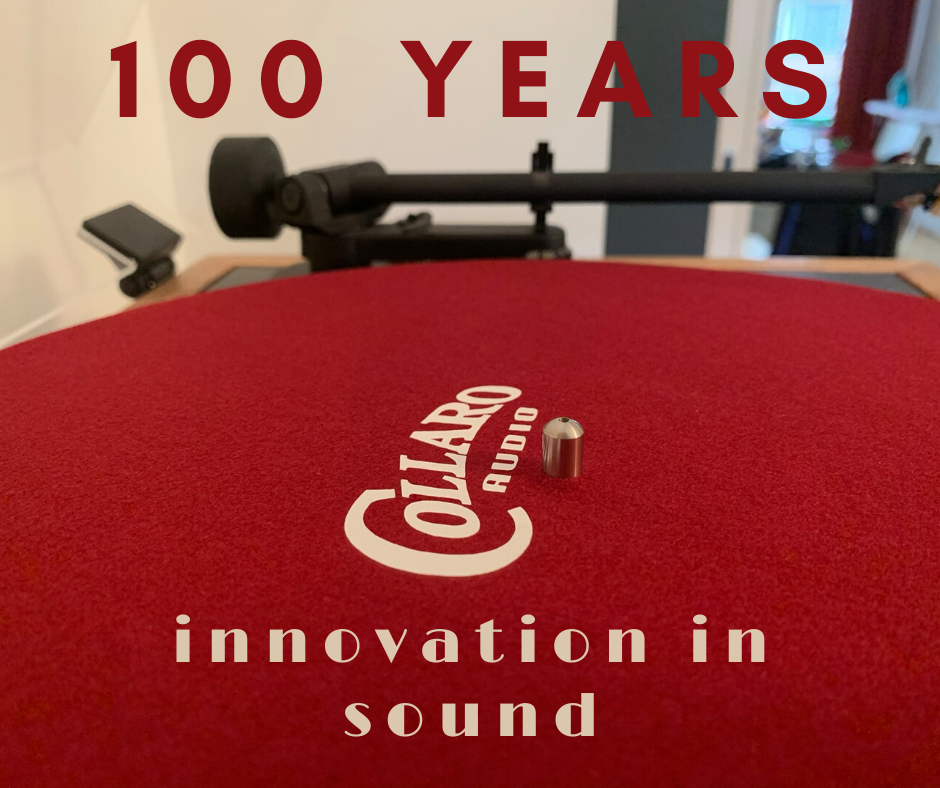 This year celebrates 100 years since the original Collaro Ltd was founded, paving the way to revolutionise audio throughout the 20th Century and we are exceptionally proud to be part of this name’s ongoing importance in the industry and continue to be inspired by its pioneering spirit in our own business. 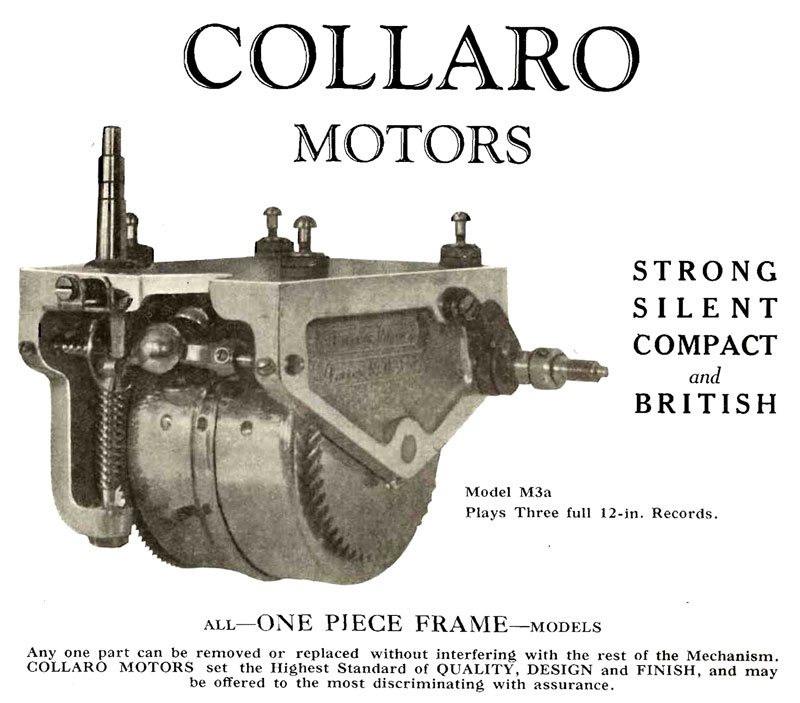 Collaro Ltd was a major early British manufacturer of gramophones, record players and tape decks in the early to mid 20th century when gramophones came into their own and sound reproduction took off.

Founded in Barking Essex, in 1920 by Christopher Collaro (originally from Constantinople, Turkey, but who had immigrated to London in his early teens), the company began creating spring motors for gramophones. By 1925, when the first advertisements appeared in The Gramophone, it had four high quality motors, their unique feature being a single piece frame so “any one part can be removed or replaced without interfering with the rest of the mechanism”.

"STRONG, SILENT, COMPACT and BRITISH", Collaro motors were mainly sold wholesale to the trade and advertised with the very first E.M.G gramophone (Magnaphone of 1925) with Thorens or Collaro at £2 extra.

Because of the very high quality of Collaro motors, demand was high and with exports to the US increasing, Collaro moved to larger premises in Peckham, London and by 1930, the company was producing around 10 motors, now affordable to the general public, not just the trade. They also started manufacturing electric gramophone motors which revolutionised the audio industry. 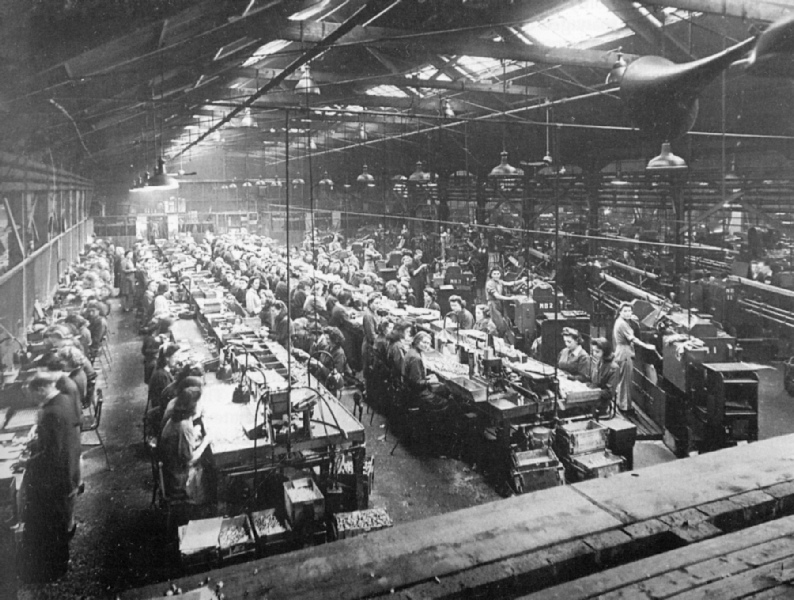 During WW2, Major Christopher Collaro and his workforce were moved out of London to Langley Mill in Derbyshire, where the factory was refitted, the workforce enlarged to 2000 and they were set to producing munitions for the war. 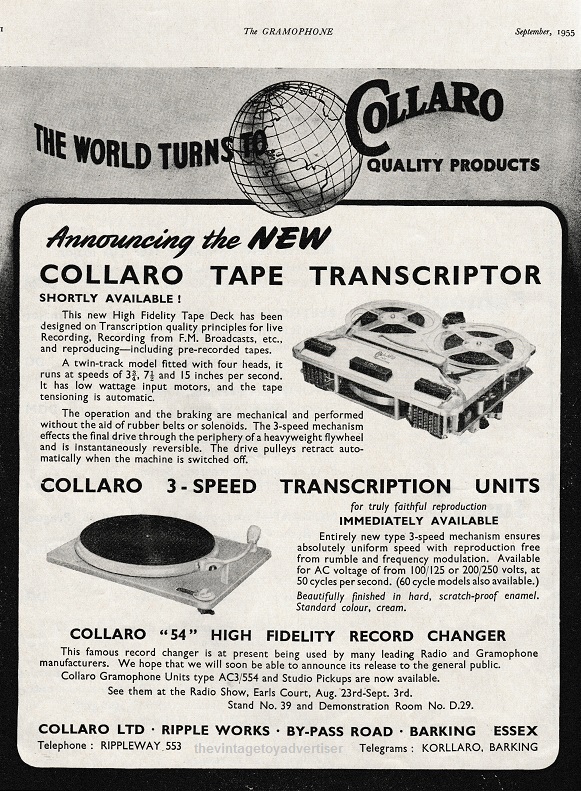 Christopher Collaro and Collaro Ltd held dozens of patents for improvements in gramophones from 1930 to 1959, and by the 1960s was one of the largest manufacturers of record changers in the United Kingdom. It also manufactured fan heaters! So, changing our experience of sound and warming us up at the same time!

At some point in the late 1950s it's believed that Isaac Wolfson, a major British industrialist and head of Great Universal Stores, a large chain of retail outlets throughout Britain and Continental Europe, became involved with Collaro, taking over as MD when Major Collaro retired, and in 1960, the company was sold to the American Magnavox corporation - with Wolfson still being involved providing Magnavox with a retail and distribution network.

This changed the direction of Collaro and opened up international manufacturing and distribution for Magnavox, as their first international acquisition. 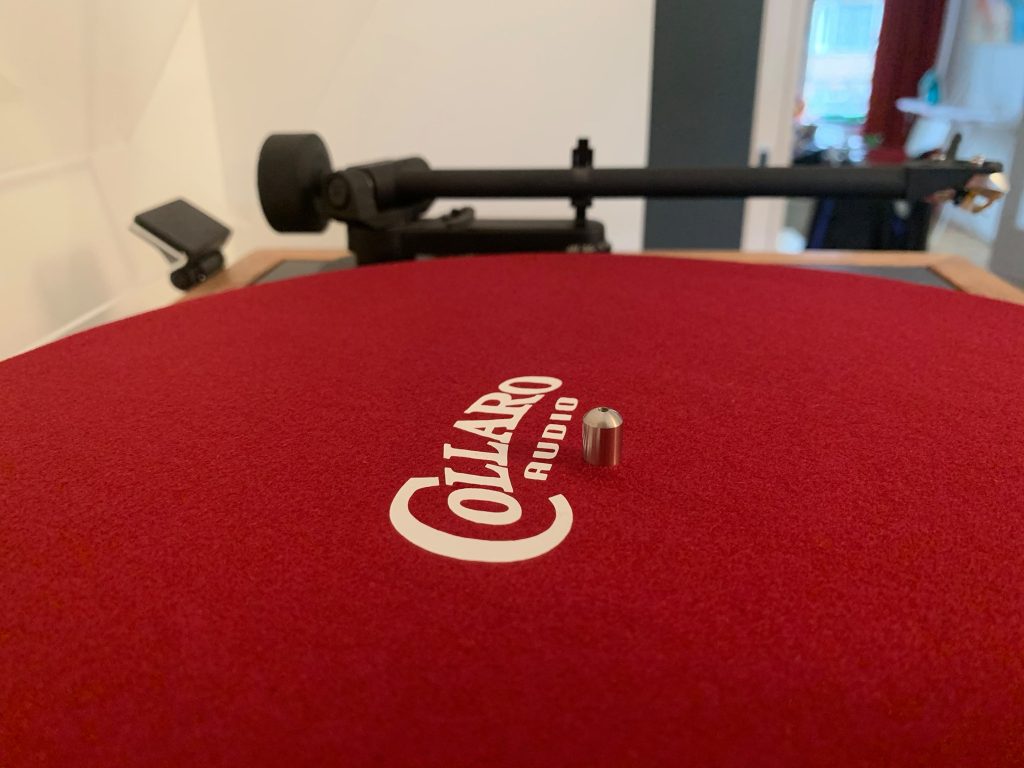 In 1961 Collaro was described as the largest manufacturer of record changers in the United Kingdom and its record decks comprised the mechanical unit incorporating a turntable and pickup, without electronics, built into many manufactured and home-constructed record players of the time.

The pioneering Collaro Transcriptor and Collaro Studio were tape decks (mechanisms without associated electronics) that were incorporated into many home tape recorders at the time.

In 1974, Magnavox was acquired by international electricals conglomerate, Philips and the Collaro name finally died - only to be re-born in 2018 by Collaro Audio Ltd!

The rest is, or will be, history! Here’s to another 100 years of Collaro.